If you are looking for UI design tips & tricks for Good User Interface of Mobile Application. Well, we have listed six UI Design Tips for a smooth development process.

It is the user interface (UI) that makes or breaks a mobile app or plays the most crucial role in shaping an app’s success. User Interface also has the biggest impact on the user experience (UX) of an app. More than features and functionalities, the user interface design plays the most important role in shaping the fate of an app. Learning from the failure and success of countless mobile apps and the time tested UI design principles that already rule the mobile app ecosystem, we will explain the key UI design principles for any mobile app.

Get Rid Of The Cognitive Load

These days app users tend to be extremely erratic and impatient in their behavior, and while using any app, they just want to get things done as quickly as possible, and in failing to do that, they simply go elsewhere. This is why the UI needs to be simple, clean, and visually optimized to orient the users instantly with the app functions.

One of the proven and most effective ways to ensure simplicity and clarity in-app UI design is to reduce the visual clutter and unnecessary cognitive load that unnecessarily crowd the interface and cause distractions.

As a thumb rule, the app interface must allow one simple action per screen, and the action for each screen should directly correspond to the principal value proposition of the app. For example, while using a food ordering app, the user’s goal is to order preferred food from any of his favorite restaurants or within a budget or based on delivery speed. As Paul Osborne, chief product designer at Cerdonis Technologies LLC : told “A food app instead of beating around the bush should allow users to choose food and delivery options by using some relevant filters.”

Easy and effortless navigation to get things done is a key aspect of a great UI design. Great mobile app navigation always reduces the user’s efforts to a minimum by working as an invisible hand in the background to facilitate the user journey. The following are the key principles of good app navigation.

How you facilitate user interactions within your app is a crucial aspect of the overall user experience and overall user satisfaction. The key principles that you need to consider for interaction design include the following.

Nearly half the smartphone users use scrolling and other in-app buttons and links by using their thumbs. Naturally, this gave rise to a thumb-friendly design principle allowing the app users to reach most of the on-screen clickable elements and buttons with their thumbs.

While using the user interface, makes sure all the frequently accessed buttons and clickable elements. They are placed within the thumb’s close range to allow easy interactions. In contrast, place the buttons for negative actions. Such as erase, unsubscribe, or delete buttons in areas where the thumb cannot access easily.

Obviously, several other times tested and overemphasized UI design tips. We didn’t cover here simply because they are too well known. The UI designer needs to use the color palette. And the typographic variations to the best of his ability for a great looking interface. 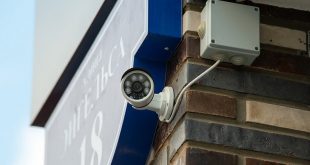 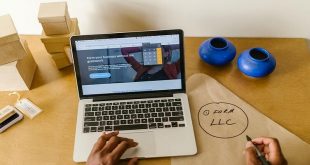