Influence of Probability Theory on Academic and Everyday Life

Probability theory is a mathematical science that studies models of random phenomena and calculates the chances of certain events. Apart from professors’ classes, it also has a wide application in more common areas.

With the desire to check whether this science does help to find everyday solutions in life, a lot of attempts have been made to utilise the probability theory in different aspects of existence. So, is it just a complex science, or can it be of good assistance to every person?

Surprisingly, the gambling sphere gave roots to one of the most random branches ever existed. Monsieur de Mere, a noble Frenchman, spent a lot of time discovering the secret of the dice game. He decided to resort to his friend, an already renowned mathematician and philosopher Blaze Pascal.

Mr Mere wanted to receive an answer to 2 questions that soon became legendary in probability theory:

Pascal became heavily interested in these questions and decided to write a letter to another famous mathematician Pierre de Fermat, pushing him to study the general probability of winning. As a result, modern casino software and random number generators owe their emergence to an important mathematical discipline that was created in the 17th century.

Scientific Relation of the Probability Theory

Thanks to the studies of Pascal and Fermat, researchers from around the world began utilising new studying methods. As a result, the probability theory gave a significant push to the improvement and even emergence of essential aspects of modern science.

Thanks to the probability theory, Legendre in 1805 and then Gauss in 1815 developed the famous method of the least squares. It was originally used for the calculation of the comets’ orbits from a small number of observations. A reliable determination of the type (an ellipse or a hyperbola) and an accurate calculation of its parameters used to be difficult, due to observations only in a small area.

The method proved to be effective and aroused heated debate about priority. Now that the art of manual calculations has been lost, it is hard to imagine that when mapping the world’s oceans in the 1880s, a system of about 6,000 equations with several hundred unknowns was numerically solved using the probability theory.

In the second half of the 19th century, scientists Maxwell, Boltzmann, and Gibbs developed statistical mechanics, describing the state of rarefied systems with a huge number of particles.

Earlier, the concept of the random variable distribution was associated with measurement errors. After the application of probability theory, a variety of quantities turned out to be distributed, including speeds, energies, free paths, etc.

In the 1870s, the Belgian Quetelet and the British Francis Galton founded a new scientific direction — biometrics. New concepts were introduced into circulation thanks to the probability theory: regressions and correlations.

Empirical Presentation of the Theoretical Discipline

Until the beginning of the 20th century, the main applications of the subject were related to scientific research. Implementation into agriculture, industry, medicine occurred soon after and brought significant improvements to our everyday life.

At the beginning of the 20th century in England, it became necessary to compare the effectiveness of various farming methods quantitatively. To solve this problem, the theory of planning experiments and analysis of variance were developed.

The main merit in the creation of these algorithms belongs to Sir Ronald Fisher who resorted to the probability theory. An astronomer by education and later a farmer, statistician, and geneticist eventually became the president of the English Royal Society.

The introduction of statistical control in production reduced the required number of product quality tests. Mathematical methods became so effective that they were immediately classified.

A book describing a new technique that made it possible to reduce the number of tests (Wald’s Sequential Analysis) was published only after the end of World War II, in 1947.

The widespread use of statistical methods in this industry happened only in the second half of the 20th century. The development of effective treatments (antibiotics, insulin, anaesthesia) required reliable means for assessing their usefulness.

A new concept, Evidence-Based Medicine, has emerged within the scope of the probability theory. A formal and quantitative approach to the treatment was developed, new medical protocols were introduced, and effective guidelines appeared.

Other spheres where the probability theory has played a significant role:

Universal Nature of the Probability Theory

Individual disciplines contribute mainly to specific aspects of science. The application of probability theory has shown how important it is in all spheres of our life on empirical and academic levels.

The experts at 2WinPower understand the importance of this discipline to our clients. They regularly monitor the latest changes in the gaming sphere to update propositions. If you are looking forward to receiving efficient aid in terms of the influence of probability theory on the industry. Contact the company’s experts to discuss the cooperation details further.

Previous What do you need to know about blockchain?
Next 6 Best NGO HTML Website Templates In 2023 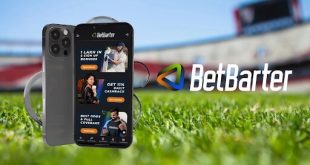 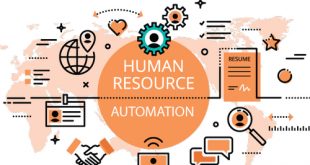 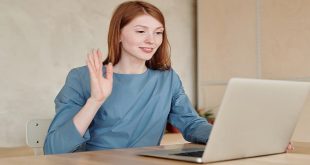